Cryolipolysis is a modern high-tech procedure for correcting the figure and eliminating fat deposits without surgery. The procedure is also often called CoolSculpting.

To have a cryolipolysis apparatus is considered compulsory for any prestigious salon or medical center, which especially emphasize their concern for the beauty and health of customers.

It is necessary to use the moment, as many salons offer special discounts, hold promotions to acquaint potential customers with a novelty.

The method is based on a different degree of resistance of cells to low temperatures. 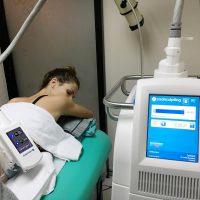 A Medical Treatment Used To Destroy Fat Cells By Freezing

These differences are due to the properties of the cells that make up the tissues, the different rates of blood supply, metabolism, and oxygen consumption by cells.

Cells of subcutaneous fat were created in order to accumulate nutrients, there are no protective mechanisms against the effects of cold, as a certain temperature is constantly maintained inside the body.

If you significantly cool the adipose tissue, then the cells of the subcutaneous fat cells are irreversibly damaged, gradually die and dissolve. Technically, it is implemented as follows. The nozzle for the device has a special notch, where the fold of the skin and subcutaneous fat is absorbed by the created vacuum.

On both sides, cooling elements approach the skin, which reduce the tissue temperature to -5 ° C.

The Controlled Application Of Cooling

It is at this temperature that the cells of subcutaneous adipose tissue are damaged. The cooling of one area is carried out for an hour.

Splitting fat under the influence of cold after the procedure occurs gradually, for 2-4 months. You will see the first results after 2-4 weeks.

Such a small speed gives cryoliposuction a number of advantages over other ways of getting rid of fat:

ZELTIQ Aesthetics company was founded in 2005. A young company immediately identified as its priority the development of such cosmetic techniques, which will not be analogous.

Based on the research of specialists from Harvard University and Massachusetts General Hospital, the company in 2009 created the technology and CoolSculpting equipment for carrying out cryolipolysis.

Obtaining patents on the methodology, carrying out the necessary clinical trials allowed Zeltiq to obtain FDA approval in the United States. Numerous studies have shown that Zeltyq’s cryolipolysis is more effective than other hardware procedures by an average of 22%.

This device has two manipulators large and small. A large nozzle is used to remove subcutaneous fat on the abdomen, waist, sides. If the fatty deposits are pronounced and the skin is well taken in the fold, then with the help of a large manipula in 1 procedure can process 2-2.5 zones.

A small nozzle is used to remove thin folds of fat, and in hard-to-reach places such as back, hands, inner thighs, shins. It is easy to adjust such problem areas as fatty ridges over the knees, the area “riding breeches”, buttocks, shoulders. 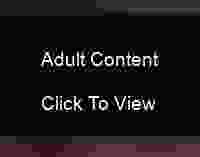 This kind of obesity develops in people whose habits, which they have adopted from parents and close associates, contribute to a constant weight gain. This is a habitual sedentary lifestyle, dislike for sports, frequent meals, large portions, a passion for high-calorie sweet desserts.

If the structure of the brain is damaged as the hypothalamus, the work of the nerve center responsible for food behavior occurs. Thus the person starts to eat much more, than it is necessary for satisfaction of the requirements for nutrients and energy. Excess is deposited in the subcutaneous adipose tissue.

Obesity as a symptom of endocrine diseases.

In case of abnormalities in the glands of internal secretion, the intensity of metabolism changes, so weight can grow even if a low-calorie diet is observed. Obesity in mental illness.

Uncontrolled eating behavior can be both a symptom of a mental illness, and the result of taking a number of drugs for treatment in the practice of psychiatrists and psychotherapists.

In the first case, with alimentary-constitutional obesity, cryolipolysis can be used as an independent procedure, and can be combined with diet and exercise. In other cases, cryolipolysis should be used in conjunction with drug treatment of the underlying disease that caused obesity.

Before beginning obligatory is a medical consultation for the presence or absence of contraindications. It is better to take an interesting book or laptop with you, because the procedure is long, especially if several areas are to be processed sequentially.

How is Coolsculpting performed? 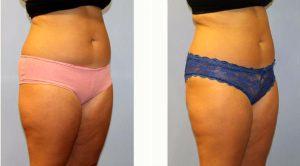 The duration of effect

At the site of exposure, 25 to 50% of all fat cells are destroyed. The thickness of the fat fold decreases by 3-5 cm. In the future, these cells are not replaced with new ones, because the effect of the procedure is stable.

How to enhance the effect of Cryolipolysis?

Cryolipolysis is designed in such a way that the patient does not have indications for additional procedures in the recovery period. But they are not contraindicated. On the contrary, the combination of several differently directed procedures will enhance the effect of weight loss and local correction of the body shape. Ultrasonic cavitation, mesotherapy of the body and radio wave lifting are optimally combined with cryolipolysis. 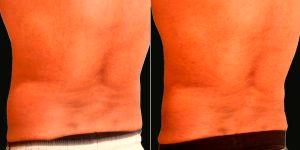 Ultrasonic cavitation affects the more superficial layers of subcutaneous fat, which contributes to a significant reduction in visible manifestations of cellulite.

Radio-lifting helps to smooth and reduce the skin, which is an excellent prevention of sagging. Mesotherapy improves the condition and appearance of the skin. All side effects do not require treatment and pass by themselves.

This combination of procedures allows you to get a dream body shape from both glossy magazine covers, only without any Photoshop.

If you do so many procedures at once, it is not part of your plans, then you can do lymphatic drainage of the body 2-3 days after cryolipolysis, or endermological lipolysis of LPG.

This combination of procedures will significantly accelerate the onset of the effect of coolsculpting due to increased blood circulation and lymph flow. Cryotherapy during the whole time of destruction of damaged fat cells (3-4 months) perfectly combines ultrasound therapy, massage, ozone therapy. 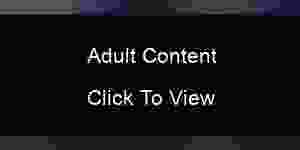 How often can cryolipolysis be done?

For one course, 3-4 procedures are performed at intervals of 1 month. Courses can be repeated no earlier than 4 months.

Is it suitable for losing weight?

Yes, of course. It should be noted that cryolipolysis allows you to remove fat where it is not needed, and to save volumes where it is important. By removing the cells damaged by cold, the weight will decrease.

Cryolipolysis has no analogues either by technology, or by the softness of the effect on the body. This is a new word in aesthetic cosmetology.

There are some contraindications that need to be considered. And there are unintended side effects, such as bruising or redness of the skin at the site of exposure. In the rest it is absolutely safe.

Coolsculpting is a modern non-surgical technique of the body correction, which allows you to get rid of fat deposits with the help of cold. This procedure is applicable to any problem zone on the body:...read more

To date, cryolipolysis is one of the safest and most effective procedures for fighting fat deposits. It allows to achieve appreciable reduction of volumes in the field of hips, buttocks, abdomen, knees, waist, back and...read more

First of all you need to understand that no matter how good the cryolipolysis is, if you continue to be addicted to food before going to bed, to lead a sedentary lifestyle, the removed fat...read more

How Safe is CoolSculpting procedure? CoolSculpting are leaders in their field, mainly due to continuous clinical research and development of technology. A special temperature control system provides instant shutdown of the system, if uneven or...read more

1. What is cryolipolysis and fat traps? Very important! Cryolipolysis is not a method for treating body obesity or weight loss, it is a method of reducing the characteristic local fatty deposits on the back,...read more

How is the procedure performed, what are indications and contraindications to Coolsculpting. Contraindications: – pregnancy, lactation; – diabetes; – oncology; – Diseases and skin lesions at the site of localization; – cold intolerance (for example,...read more

Lose weight quickly, without effort and exactly in the right zones, probably every man dreams. The cryolipolysis technique on the Zeltiq device is the ideal solution to the problem. Throughout the world, it is recognized...read more

Cryolipolysis is one of the hardware methods of modern cosmetology, which allows you to eliminate excess fat deposits by exposing them to cold. The method of cryolipolysis is based on the fact that fat cells...read more

Non-surgical liposuction by cryolipolysis is a new non-surgical procedure that will help you lose weight and look great. The coolsculpting technique helps to remove fat locally. Cryolipolysis will help to lose excess fat or remove...read more

Adipose tissue plays an important role in the life support of the body, but its excess health benefits do not and often make most people nervous, watching their appearance. In modern cosmetic medicine, there are...read more

You can get rid of excess weight in different ways. The most effective of them is a combination of sport and proper nutrition. This is the path of the most motivated and patient, since you...read more

Cryolipolysis on the device Zeltiq – the only non-surgical method for removing fat deposits, approved by the FDA. CoolSculpting technology is a process of purposeful cooling and destruction of only fat cells in a certain...read more